Better Day is a native Apple Watch app and complication. It’s a perpetual calendar for the Apple Watch that blows the standard Apple Watch calendar out of the water. Better Day is localized in more than twenty languages, and is available on the App Store for $1.99 (or your local equivalent).

The need for a Better Day⌗

Better Day is a second destination for a complication slot you’re probably already using for the date. You can set the complication to be a calendar icon of the current month, the weekday and day (MON 7), the month and day (MAR 7), or all three (MON 3/7). You can also customize the color. And when you launch Better Day, you’re not limited to the current month. The calendar scrolls using the Digital Crown.

Better Day was released under watchOS 2, the first release to support custom complications. The Watch app received a major point update with the release of watchOS 3, to support new complication styles like Extra Large. But the iPhone companion app was looking long in the tooth by this time.

For Better Day 3, a fundamental redesign of the iPhone companion app took place. Where before the companion app was merely a barebones preview of the color and locale of the calendar, the 2017 update involved the creation of a full-fledged configuration interface. The “configurator” displays each of the complication options in context, within a beautiful, drawn-in-code graphical representation of the Apple Watch. Configurable slots pulse with a delightful, color coded animation, and display a preview of the expected complication style that matches pixel for pixel with what the user will see on their watch. 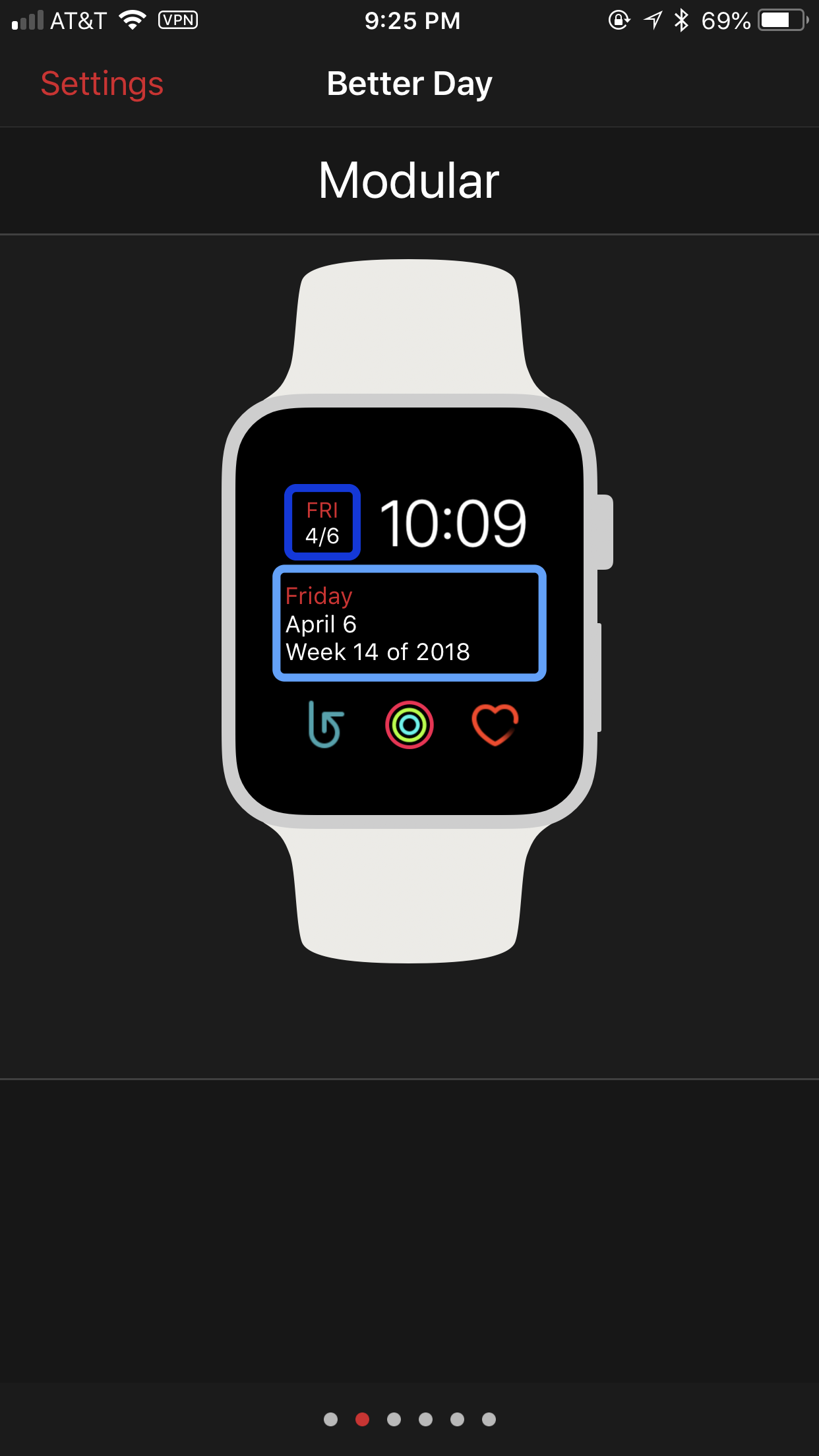 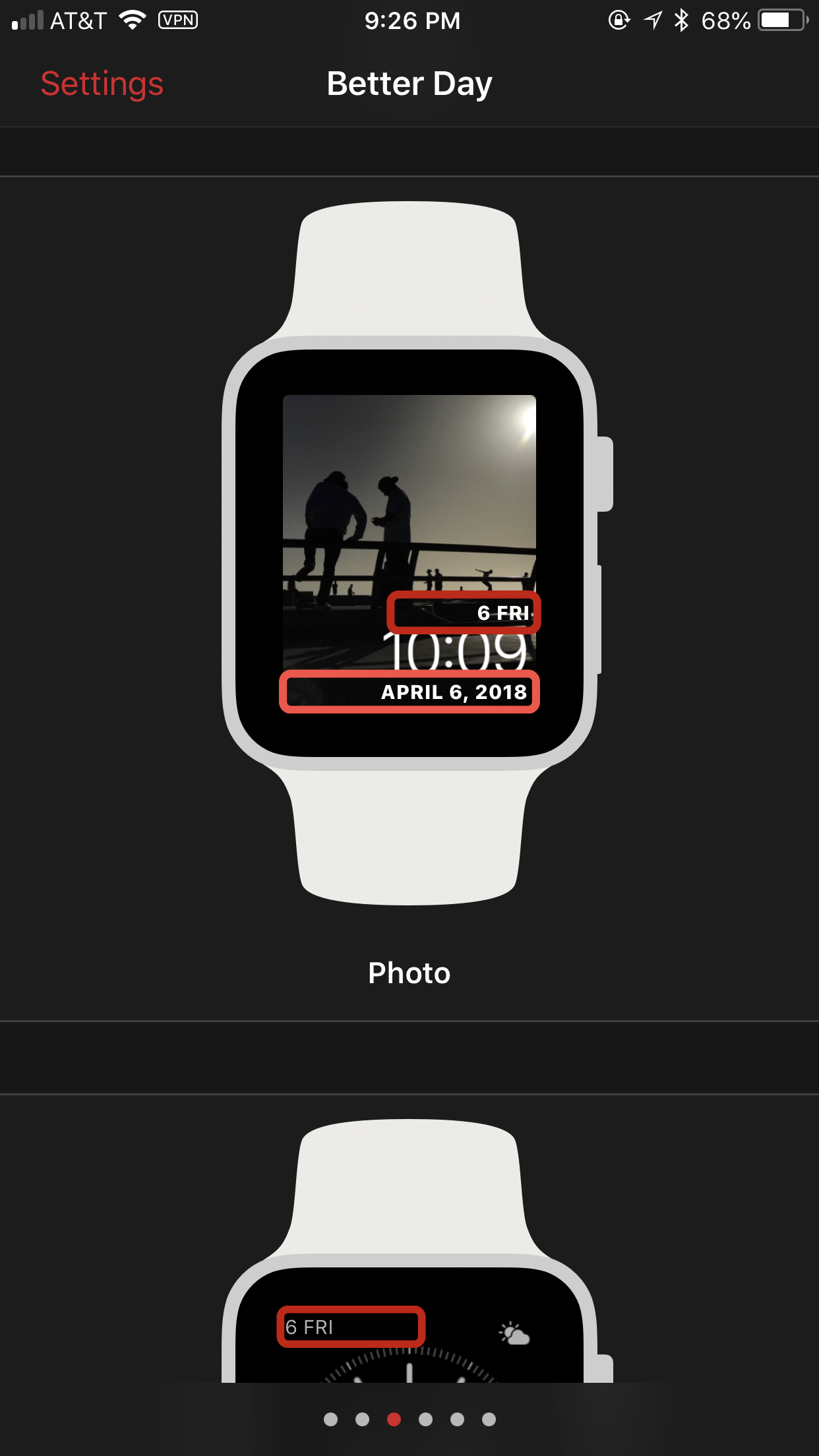 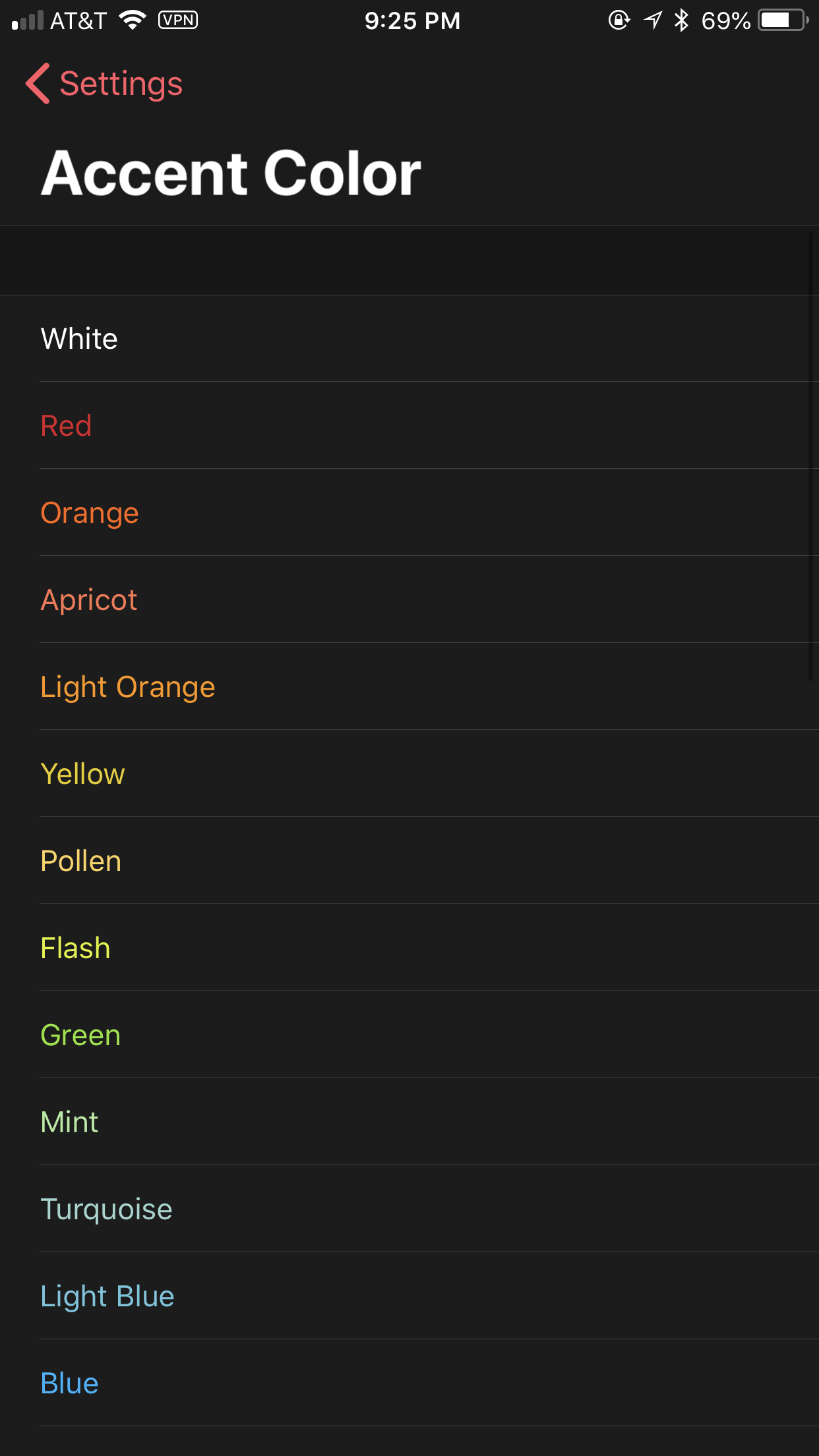 This update also introduced new complication styles, including a detail-packed three-line modular view that offers all of the following information:

It also includes accent colors for every tint available in the watchOS color picker.

The Apple Watch supports 21 languages. If Better Day aspired to be a better calendar than Apple’s, it goes without saying that Better Day would have to do the same. And localizing a calendar isn’t as simple as translating the months and calling it a day. What’s 10/31 in America is 31/10 in the U.K., and while Brazil starts their weeks on Sundays, Germany starts theirs on Mondays.

It’s a big, messy world full of edge cases and exceptions, like that one month in 1582 that only had 18 days. But Better Day handles it with aplomb, offering 15 civil and religious calendars in 21 languages and 26 locales. Need an Islamic calendar in German? A Hebrew calendar in Arabic? Better Day has you covered.

No matter what it’s called in your language, you can get Better Day in your country’s App Store today!